A question often asked is whether there is too much debt in the world. While there was a (modest) decline in debt (relative to the size of the global economy) in the June quarter 2021 that debt ratio remains near record highs. There has been a particularly steep rise in the global debt-to-GDP ratio since the start of the pandemic. Mostly that was down to governments (particularly in countries like Australia and the US) running big budget deficits.

What worries analysts is less the absolute size of any debt rise but whether it is sustainable. For this reason most analysis is conducted looking at debt relative to the size of a country’s national income. By this benchmark Australia did very well with only a modest rise in that debt ratio between the end of 2019 and June 2021up to June 2021. That ratio will deteriorate a little in the September quarter given the certainty of a fall in national income growth in Australia and a rise in government borrowing.

The level of the debt to GDP ratio in Australia is low by developed country standards (only Germany of the countries below is lower) at under 300% of GDP. By contrast, total debt is over 5 times the size of national income in Japan and the Netherlands.

An obvious question to ask is how much debt is too much? The answer differs between countries. One reason is that wealthier countries can sustainably borrow more than poorer ones. For example, while China is the second largest economy in the world (and at some stage will become the largest) its income per person is still relatively low by developed country standards. So the size of China’s debt is not unusually large relative to the size of its economy. But it is large for the income level of its citizens. The Chinese Government is very aware that this the amount of debt in its economy (most acute amongst its corporate and parts of its financial sector) is a significant issue.

Of the developed countries (plus China), only Austria, Finland and Germany do not have any sectors of the economy that have high debt ratios (by developed country standards). Most countries have at least one (in Australia’s case, household debt). And some countries have two sectors with high ratios (Belgium, Canada, France, Ireland, Netherlands and the UK).

Most sectors in Australia have low debt by developed country standards. But we do have high household debt (New Zealand is similar). In a recent speech, RBA Assistant Governor Bullock highlighted that much of the rise in the household debt ratio took place in the 1990s and early 2000’s, a time when the economy was adjusting to low interest rates and changes to the taxation system. Over the past fifteen years household debt ratio (measured against household disposable incomes) has been broadly flat.

By global standards Australia’s income per capita is high. This means Australian households should be able to afford a relatively high debt level. This is further helped by the extremely low level of interest rates. Nonetheless, the debt-income ratio of Australian households still looks high by global standards even after taking into account higher incomes. It is the reason why regulators are keeping a careful watch on the pace of credit growth. 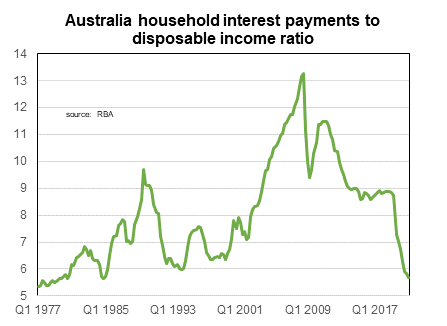 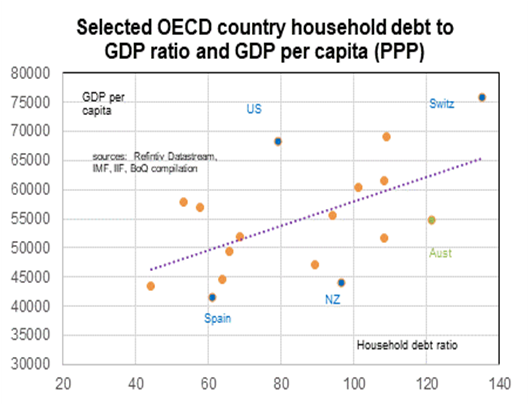 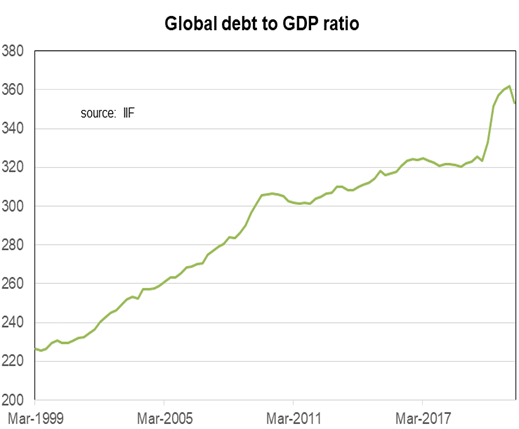 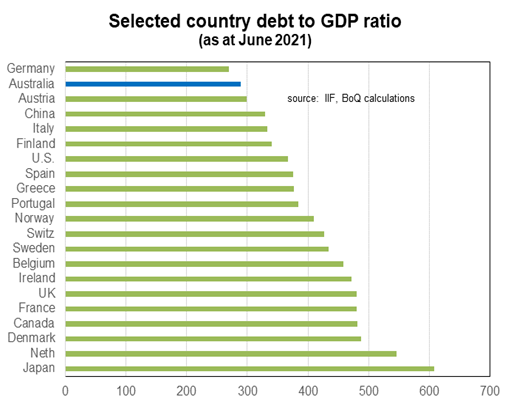 We live in interesting times.